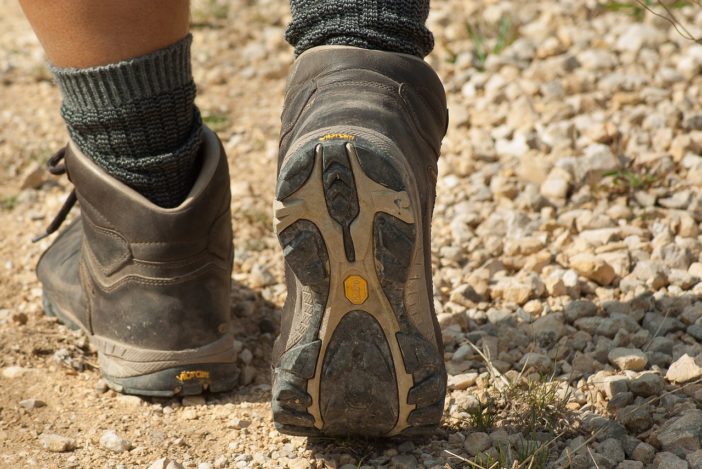 Heart disease, the leading cause of death in America, can be combatted by implementing a simple walking regimen. Researchers at Binghamton University, State University of New York found that moderately intensive walking improves cardiovascular risk factors in the short term.

“We know walking is an excellent form of exercise, but research has been mixed on how successful a walking program can be in changing biological markers such as cholesterol, weight, blood pressure,” said Pamela Stewart Fahs, associate dean, professor, and Dr. G. Clifford and Florence B. Decker chair in rural nursing at the Binghamton University Decker School of Nursing.

Fahs guided Elisabeth Marigliano, PhD student, as they conducted a study on a group of 70 women. The subjects were tested as part of their volunteer participation in a community walking program. Participants were given a programmable pedometer to wear for waking hours over a 10-week period and asked to walk briskly for at least 150 minutes per week. Two days later, they returned to record pre-test data. Next, a web-based risk assessment tool was used to determine the participant’s risk of a heart attack within the next 10 years.

After five weeks, participants were invited to attend a talk about heart health and to have their pedometer data downloaded. Researchers reviewed the activity data with the participants and discussed increasing their aerobic steps. Participants were also offered a challenge in an effort to increase aerobic activity as well as to improve retention to study completion. This challenge included an increase their total daily average of aerobic steps by at least 10 percent for the remainder of the study.

Finally, on completion of the program, participants’ weight, BMI, blood pressure, and cholesterol were measured. They were also asked to complete a survey about their physical activity, food choices, personal characteristics and behaviors from the 10-week period.

The results of their post-test confirmed the team’s initial hypothesis that walking would improve cardiovascular risk factors in the short term.

“I believe there is a need to test for effects of a built-in challenge within a program to see if that helps motivate participants to participate longer and/or produces more successful outcomes,” said Fahs. “In addition, work needs to be done to see how best to keep rural women engaged in meaningful exercise for longer periods of time.”

Studies such as these are usually conducted and tested in urban or suburban areas. According to the researchers, this study can be replicated in other rural communities both within and outside the United States.

The team suggested future research to have randomized sampling with a more diverse population.

The study, titled “Walking for Heart Health: A Study of Adult Women in Rural New York,” was published in Creative Nursing.