“The tongue has the power of life and death…” Proverbs 18:21

Words are powerful. Who knows why some words roll off our backs and others stick, doing damage so deep that only God can fix.

My story starts when I was a freshman in college. I entered Baylor University as a secure, happy, outgoing 18-year-old girl determined to make a high GPA, get in a sorority, and make the cheerleading squad. By the end of that year, all of those goals had been met, but I was a different girl.

Cheerleading was a big deal to me; probably way too big of a deal, but I was young and it was fun and I was really good at it. When it came time for Baylor tryouts, I was ready and confident. I had seen my competition and knew that I shouldn’t have any trouble making the squad. Like most freshman girls, I had gained a little weight, but it was nothing monumental and I hadn’t given it much thought. That was all about to change. 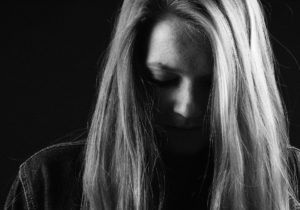 I nailed my tryout and, as everyone was waiting for the results in the foyer of the gym, the head judge, who I admired and had worked with the previous summer as a NCA (National Cheerleading Association) instructor, came out and sternly said, in front of everyone, “Susan, you are the most talented cheerleader out there, but you are too fat.” He turned around, walked away, and left me shattered. I weighed 122 pounds that day.

That one sentence changed my life. I began an emotional downward spiral. The happy, outgoing, confident girl became sullen, depressed, and self-loathing. Trying to hide my pain and always looking happy, left me wracked with anxieties and full of shame. I did end up making the cheer squad and what should have been an exciting experience was always clouded by my obsession with my big ole “fat” body. We would be cheering in the most amazing stadiums with excitement all around, but I couldn’t fully enjoy it.

I became trapped in a perpetual state of starving, binging, and purging. I developed a very unhealthy relationship with exercise. I worked out to get skinny, not for health or stress relief and definitely not for enjoyment. It was my punishment. I began having trouble looking people in the eye and hated being in large groups. In my warped mind, everyone was judging me.

The stronghold on my life had a vice grip that only the powerful hands of Jesus could pry off of me. Having been a Christian since age nine, I continually prayed and cried out to him. I yearned to be free.

In the middle of my raging mind battle, God sent a bright light. He was a 6’1” blue-eyed hunk of a bright light. Darren, now my husband, helped me realize that how I felt about myself didn’t match up with what he saw. The Lord used Darren to begin to change my twisted body image. Those words, “You’re just too fat,” began to lose their power over me. 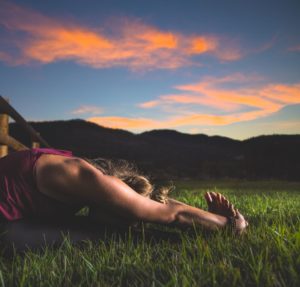 I began to take care of my body as a way to praise and thank God.

God also made it clear that I had to give up cheerleading. This was a tough one, but the reality was, it was an idol in my life and any time we worship anything other than the one true God, we destroy ourselves.

As I stepped away from cheer, God began to shed the blinders I wore. I could breathe again. He whispered into my heart that I am fearfully and wonderfully made. Who cares what a scale says or what a cheer judge says? What matters is what he says.

I began to take care of my body as a way to praise and thank him. Don’t miss that. That was huge. The extra weight fell off without effort. For the first time in my life, I exercised for enjoyment (yes, people, it’s possible). I began a healthy relationship with food. If I wanted a piece of cake, I had a piece of cake and enjoyed it. No punishment. I chose to eat healthy as a means of taking care of the body that he gave me, not to be skinny or fit someone else’s ideal.

Although I vowed never again to be put in a situation where people might judge my body, God had other plans and put me smack dab in front of people as a fitness instructor. I’m now able to be that bright light to others and to speak life-giving words to them about their bodies. Without God’s healing on my life, I could never do what I do. I’m amazed by it.

I wouldn’t go back and change it. I’m actually thankful for that cheer judge because, like Joseph said to his brothers, “You intended to harm me, but God intended it for good.”